The dignitaries seated at the inaugural session ( From L to R)

The inaugural programme was addressed by Professor Xiang Baoyun, President, Sichuan Academy of Social Sciences. From the Indian side, the address was led by Professor Arindam Banik, Director, IMI Kolkata. Professor Banik represented all three campuses of IMI Kolkata. The conference was attended by over eighty participants from India, Japan and thirty-four think tank representatives of provincial China.

Professor Banik delivered his Keynote address deliberating on his research paper titled ‘Access to Skill, Migration and Decent Work: Key Dimensions of Exclusion in a State of Uttarakhand, India’. He highlighted the high quality evidence relating to the issues of strong concern on wage inequality. He also mentioned the counterfactual analysis which reveals that there are winners and losers in all policies and that there is a substantial heterogeneity in policy effects between groups and within groups. 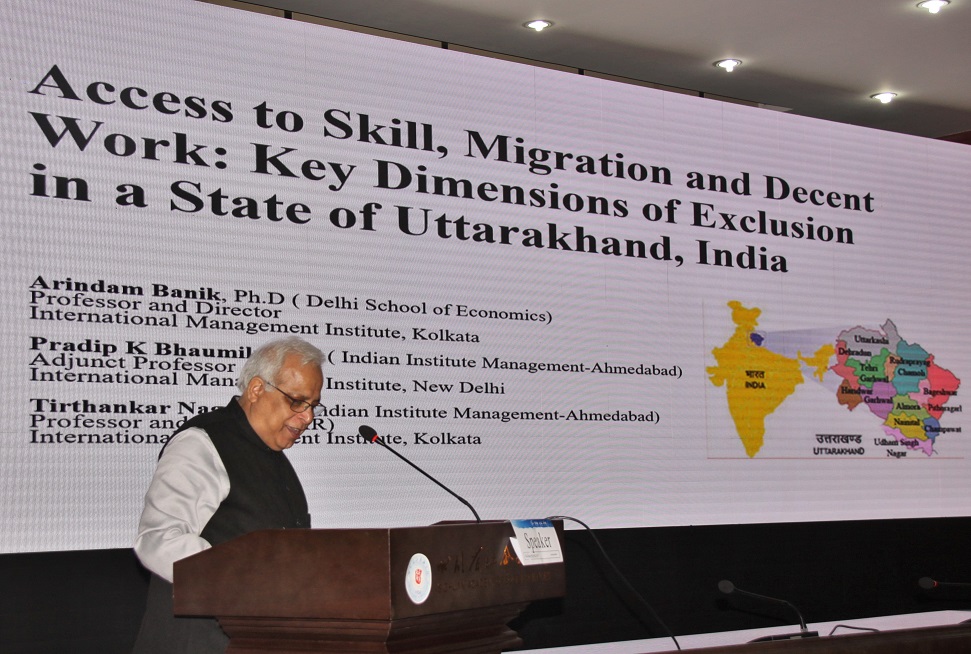 A total of forty-two papers were presented by various Researchers on varied topics ranging from Population Changes, Development of Intelligent Manufacturing, Urbanisation of China and India as well as Indian Culture and Chinese Taoism with respect to its relevance in the South Asian Economies.

It is to be mentioned here that the three campuses of IMI had signed an agreement in 2011 with SASS, Chengdu, China to organise seminars, workshops and joint conferences. Over the years this has strengthened people to people contact between the nations. Historically, the conferences have been happening every year at alternate Chinese and Indian campuses of the partnering institutes. Professor Xiang Baoyun, in his keynote address mentioned the positive impact of such exchanges in refining the policy programmes of China and India. He also spoke of how the academic research has further strengthened the relationship between the two countries.